Banjhakri waterfalls is a popular tourist spot near Gangtok in Sikkim.

We decided today to visit Bankjhakri waterfalls with him due to its proximity to the city of Gangtok. It’s around 5 km from Gangtok. The 100-foot waterfall is set amidst dense greenery and the theme park itself is littered with ethnic sculptures and figurines of the Jhakri culture.

We visited Gangtok for a couple of days with Jaya’s father. He wanted to see the institute of Babai and the place too. We reached Gangtok yesterday. 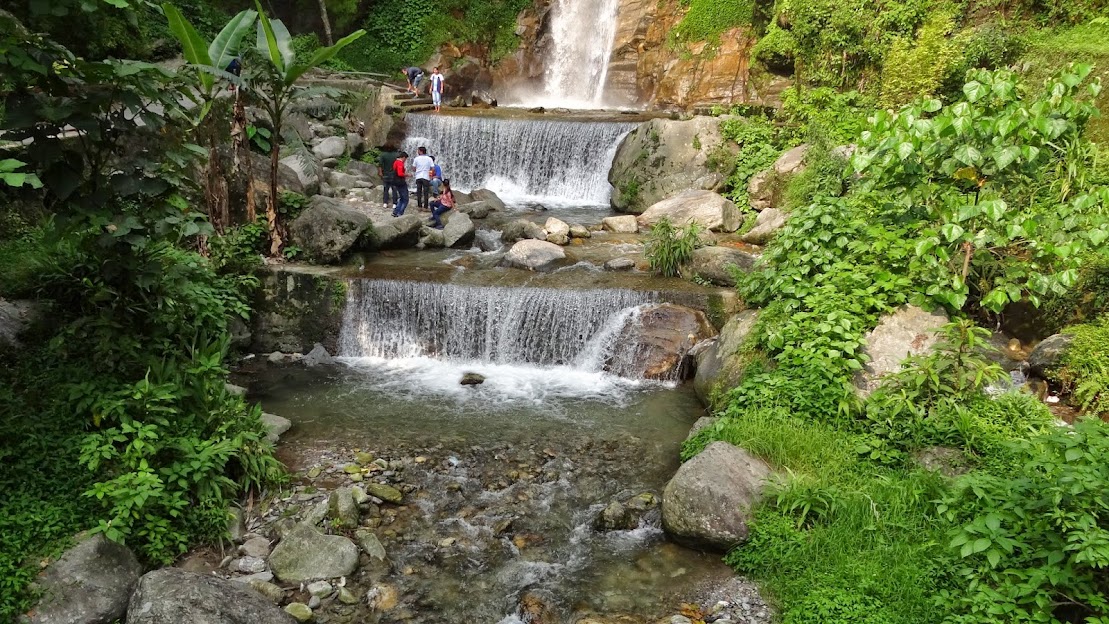 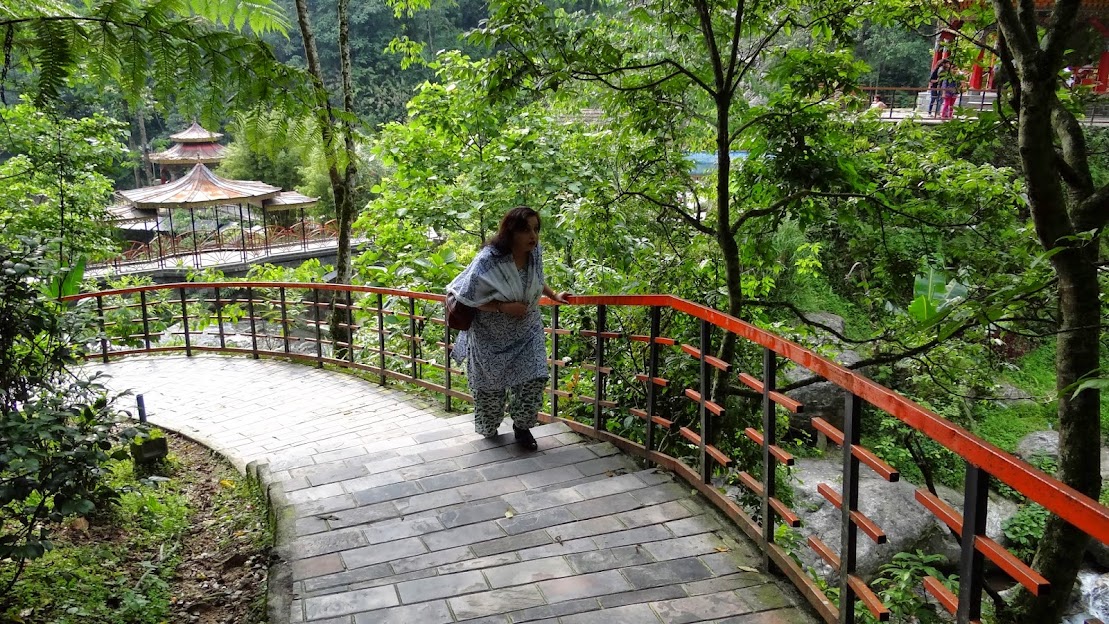 The waterfall roars down from a height of say 70 feet. Enough facilities have been provided for the tourists to go closer to the waterfall.

The word ‘Banjhakri’ means a forest shaman. A shaman is a person regarded as having access to, and influence in, the world of benevolent and malevolent spirits, who typically enters into a trance state during a ritual, and practices divination and healing. Banjhakri and Banjhakrini are shamanic deities in the tradition of the Tamang people of Nepal. The two are a couple, and possibly different aspects of the same being. 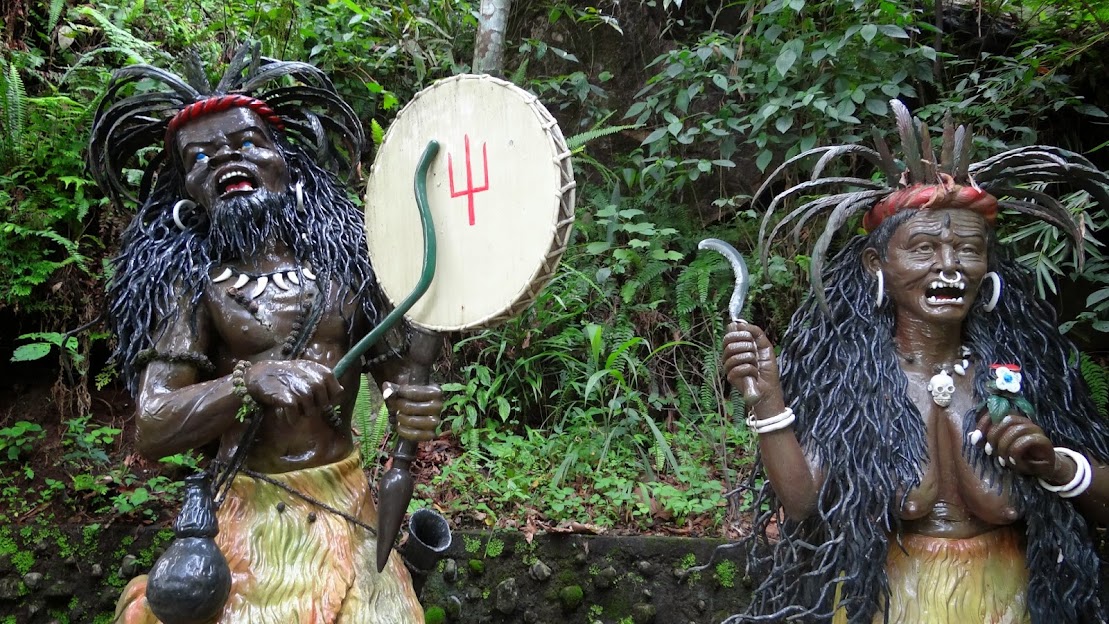 These shamanistic practices are depicted via the figurines in this theme park. Some of these depict rituals, some healing ceremonies and others the initiation process in the life of a shaman. 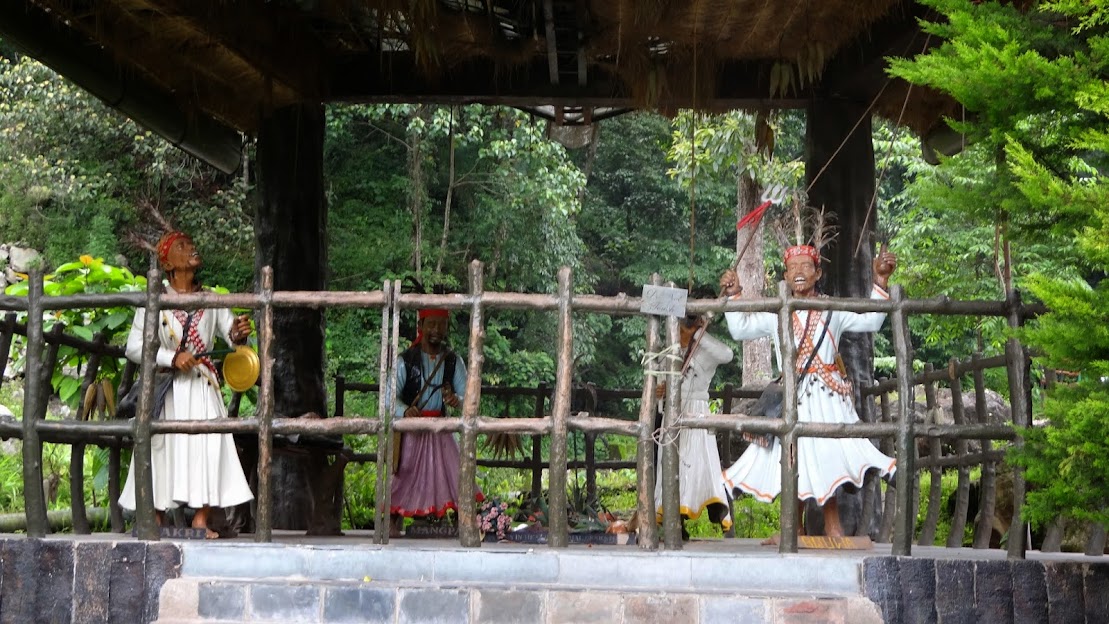 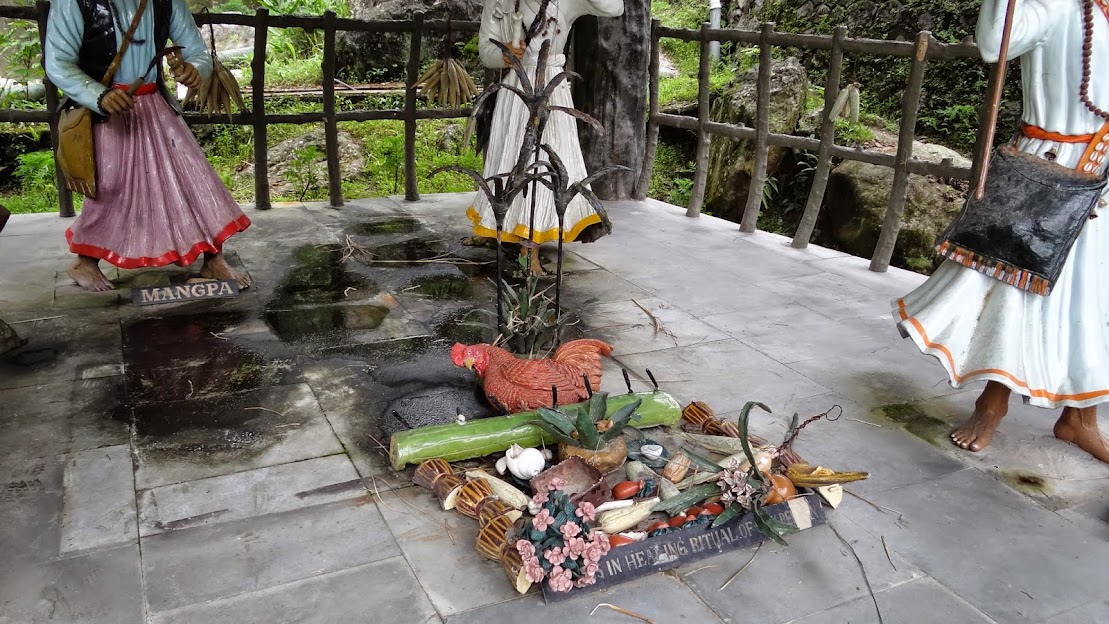 A jhakri is required to identify the right boys and teach the technique secretly in his forest cave. And after the training the boys themselves became Jhakris being able to cure anybody affected by evil spirits. 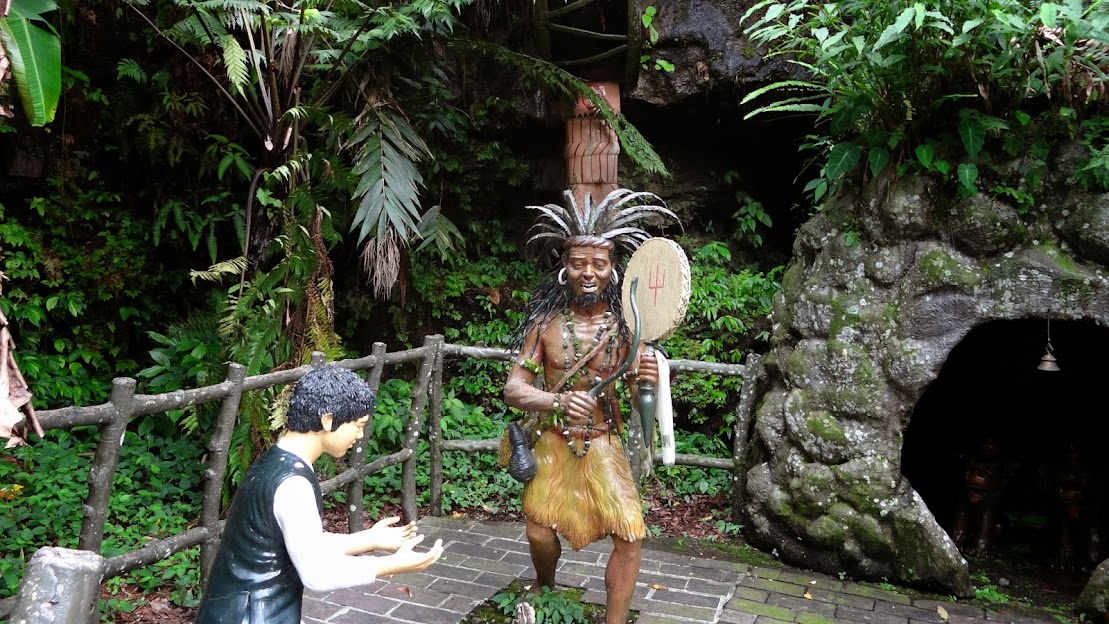 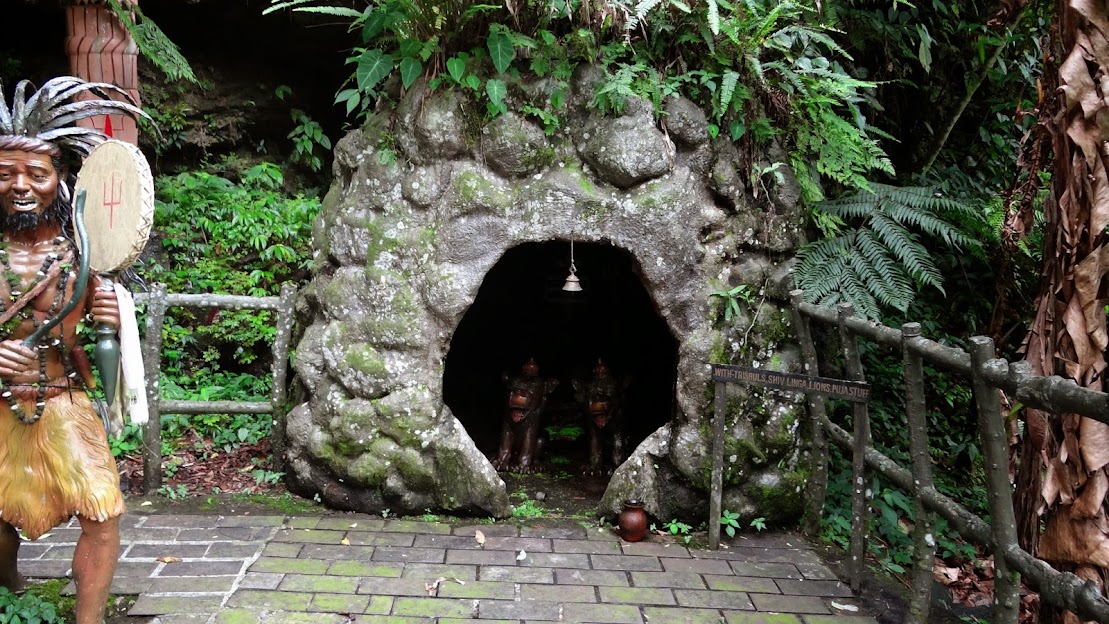 Sikkimese style bridges have been built over the water streams and that lead to small view points from where one can get great shots of the waterfall. 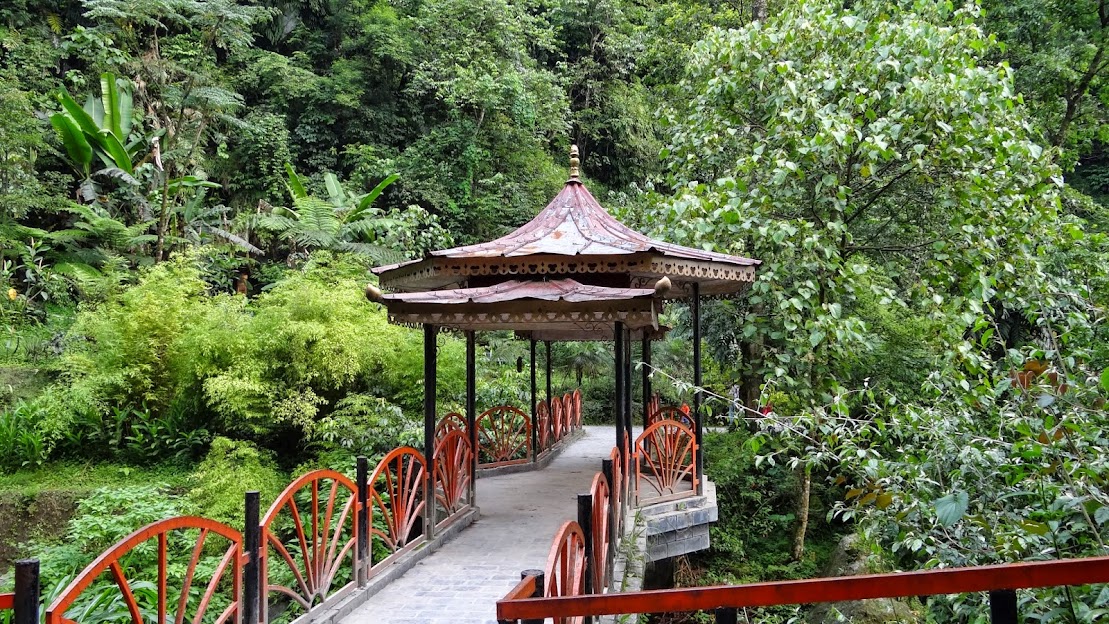 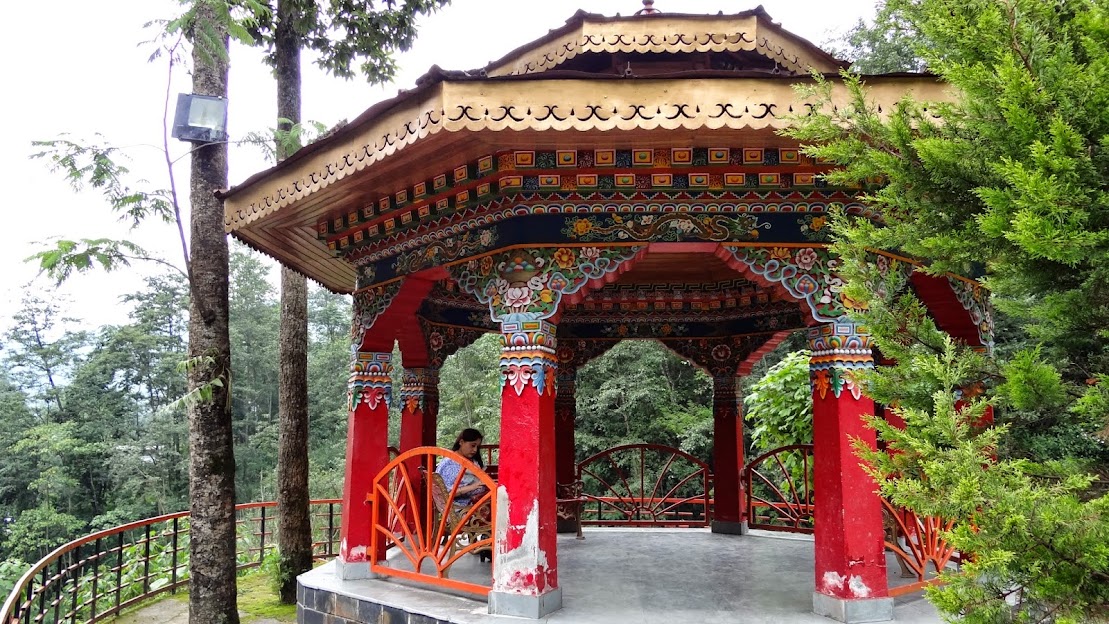 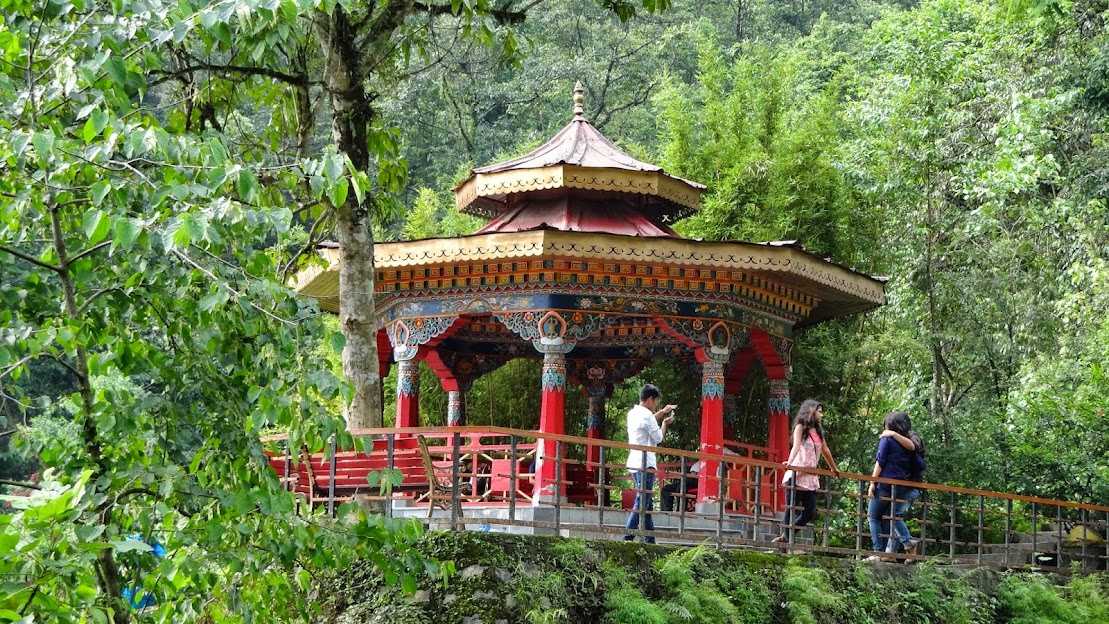 Angling enthusiasts can find out about the fishing spots along the stream which runs merrily through the Banjhakri Falls Energy Park.

There is also a cafeteria in the exhibition center. It even hosts some decent momo stalls.

Nothing beats a hot plate of momo, aloo dum and a steaming hot cup of tea on a afternoon here. The items were so nicely cooked that we repeated the orders.  Then we returned to our hotel in Gangtok via Hanumantok, Ganeshtok and MG Road.

It’s a nice place and worth a visit. It should be on every Gangtok visitor’s itinerary.