In the evening after the meeting was over, I went to the Ibn Battuta Mall. It’s the world’s largest themed shopping mall. This Dubai mall is uniquely designed to celebrate the travels of the famous 14th century Moroccan explorer Ibn Battuta. He visited India during the reign of Muhammad bin Tughlaq. 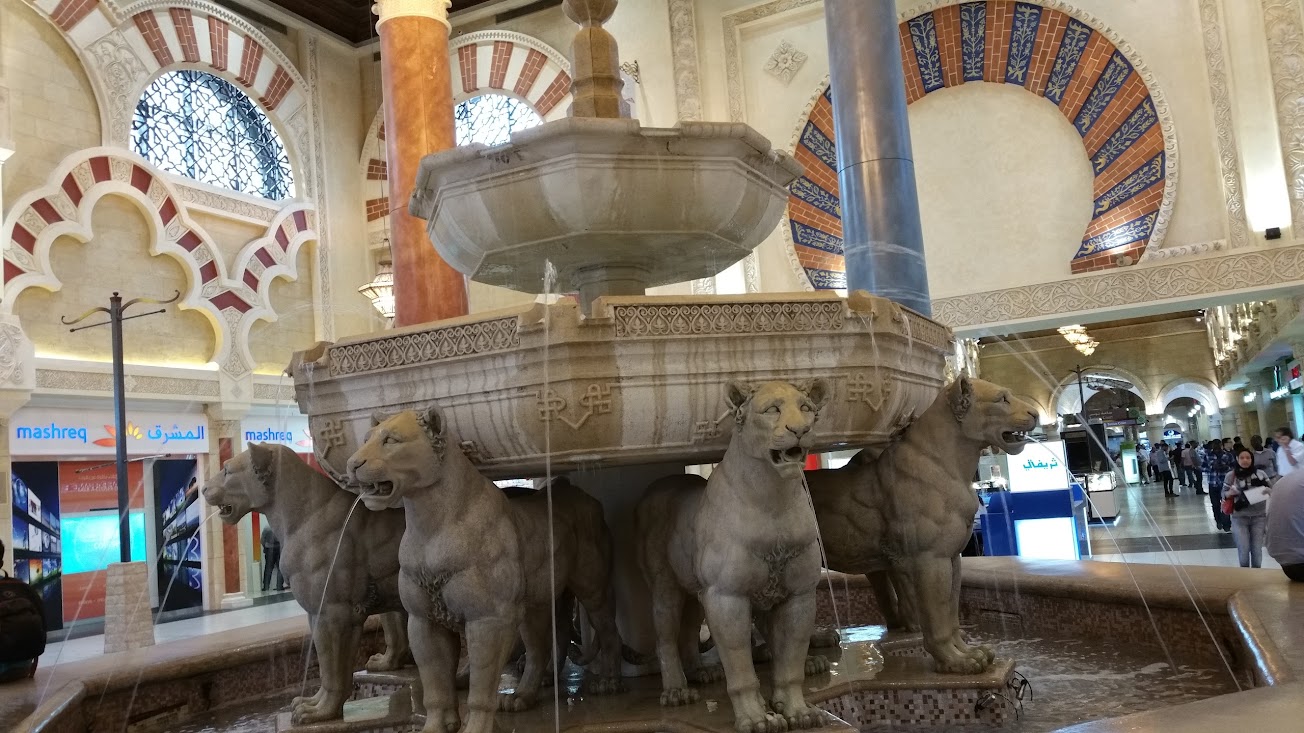 Each region Ibn Battuta explored – Andalusia, Tunisia, Egypt, Persia, India and China – is reflected in the architecture and theme of the mall’s six courts. These courts strongly project the historical and cultural richness of this Arabian icon’s life, serving as inspiration to all those who visit.

Ibn Battuta (1304 – 1368) was a Moroccan explorer of Berber descent. He is known for his extensive travels. Over a period of thirty years, Ibn Battuta visited most of the known Islamic world as well as many non-Muslim lands. His journeys included trips to North Africa, the Horn of Africa, West Africa and Eastern Europe, and to the Middle East, India, Central Asia, Southeast Asia and China. Ibn Battuta is generally considered one of the greatest travellers of all time.

The mall houses a 21-screen multiplex. I returned to hotel after having fried cod with a can of coke from London Fish N Chips at the Tunisia Court.