Today I got some time in the evening and I went to the Dubai Mall. 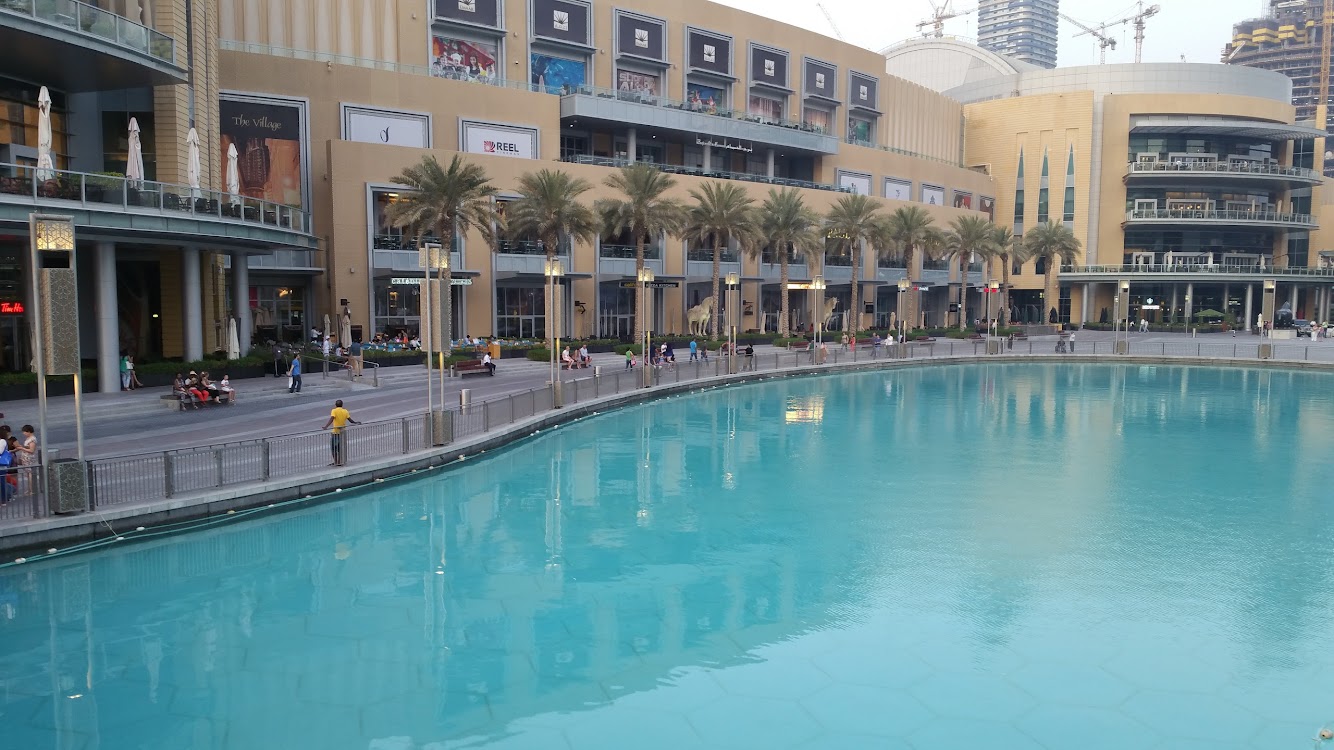 The Dubai Mall is the world’s largest shopping mall. As per Wikipedia, in 2012, Dubai Mall continued to hold title of world’s most-visited shopping and leisure destination, and attracted more than 65 million visitors, an increase of more than 20 percent compared to the 54 million recorded in 2011. It attracted more visitors than New York City with over 52 million tourists in 2012, and Los Angeles with 41 million. 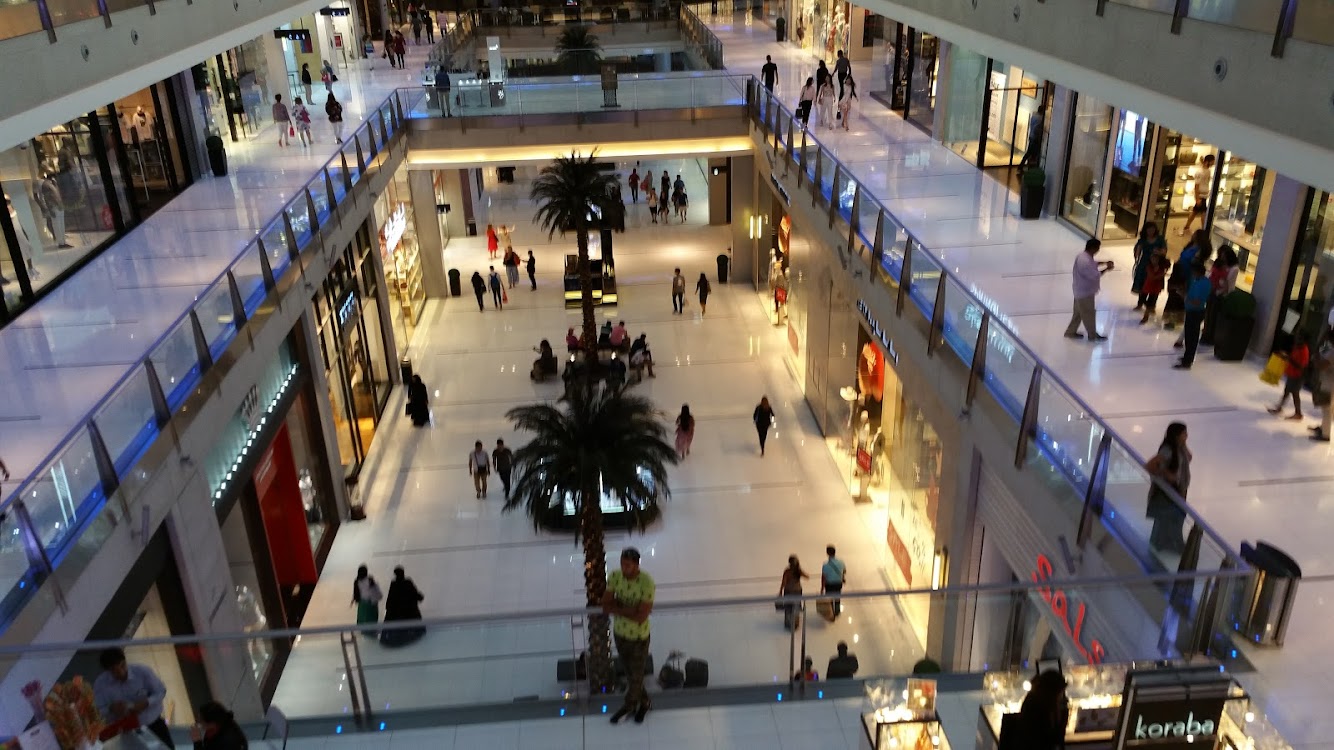 There is a nice waterfall in the mall.

In the souk, there is a fossil of a dinosaur — DubaiDino. It’s 24-metre long and 7.6-metre high. I first thought it was fake because how would you have dinosaur fossils in a mall? But, it’s indeed a real fossil. 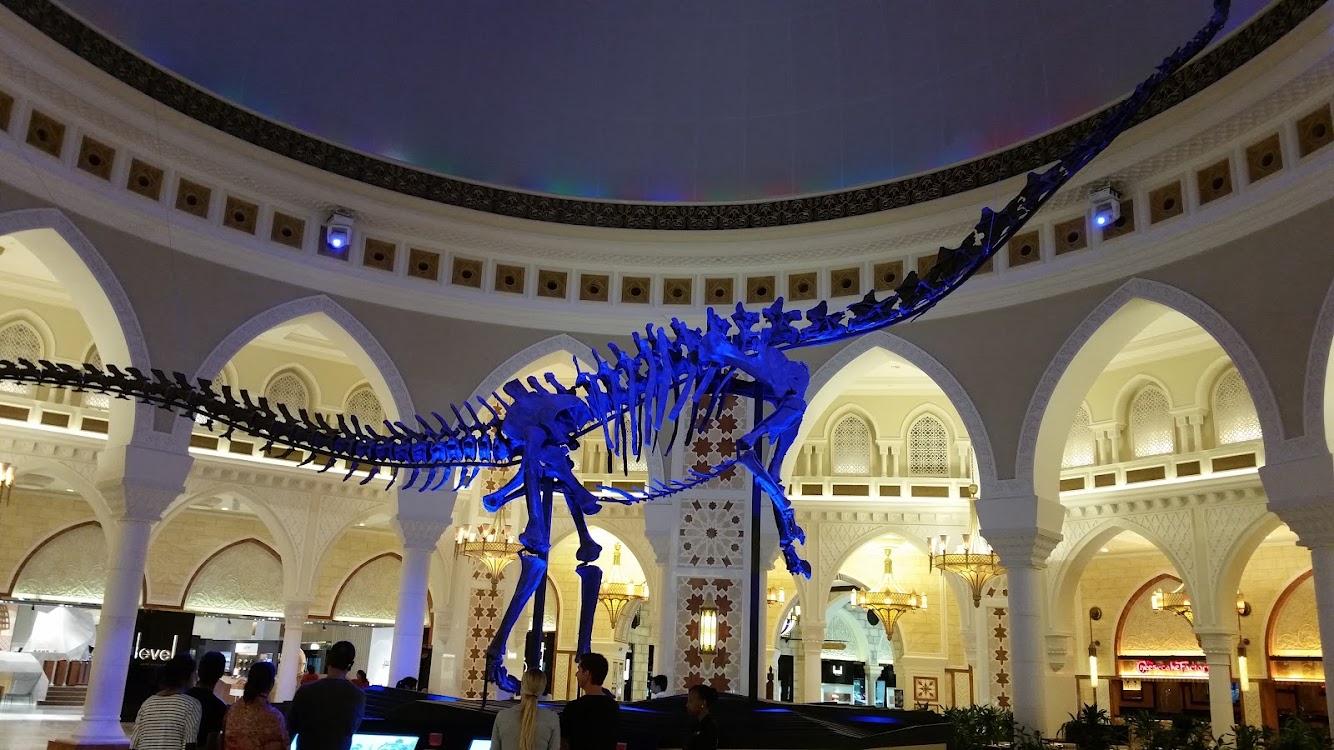 The long-necked, whip-tailed dinosaur (Diplodocus longus) is more than 155 million years old. The remains of DubaiDino were discovered in 2008 at the Dana Quarry in Wyoming, US and it was flown to Dubai. About 90 percent of this fossil’s bones are original and were found intact at the excavation site, making it one of the rarest discoveries in paleontology history.

There is Dubai Aquarium and Underwater Zoo inside the mall. It’s just not a mall! 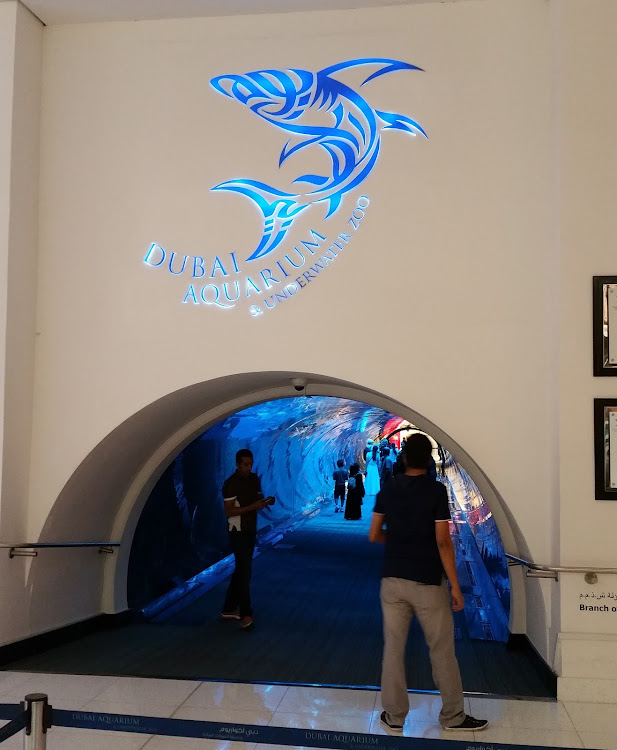 Bought a ticket for AED 120 ($33.33) and walked in. It’s really quite a big aquarium with great collection of fish.

Then went up to the second floor for the underwater zoo. 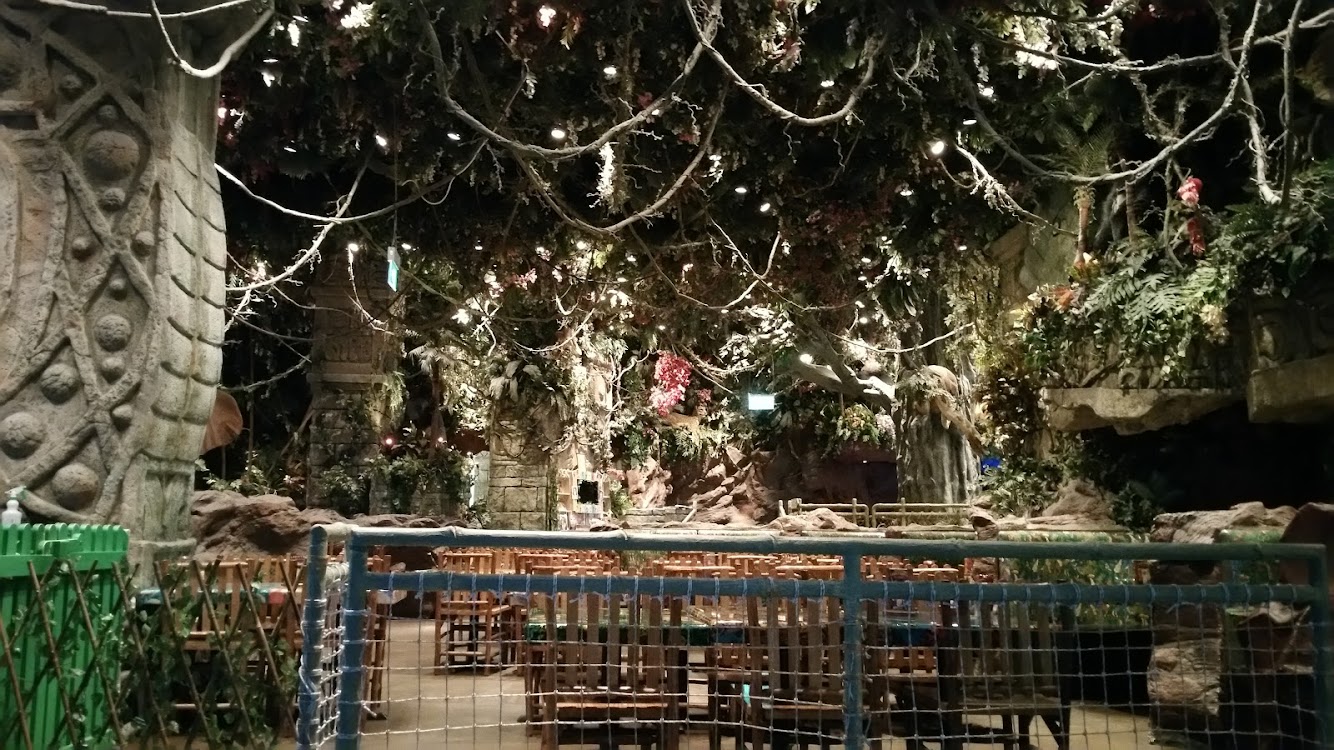 Then entered the colourful world of aquatic life. 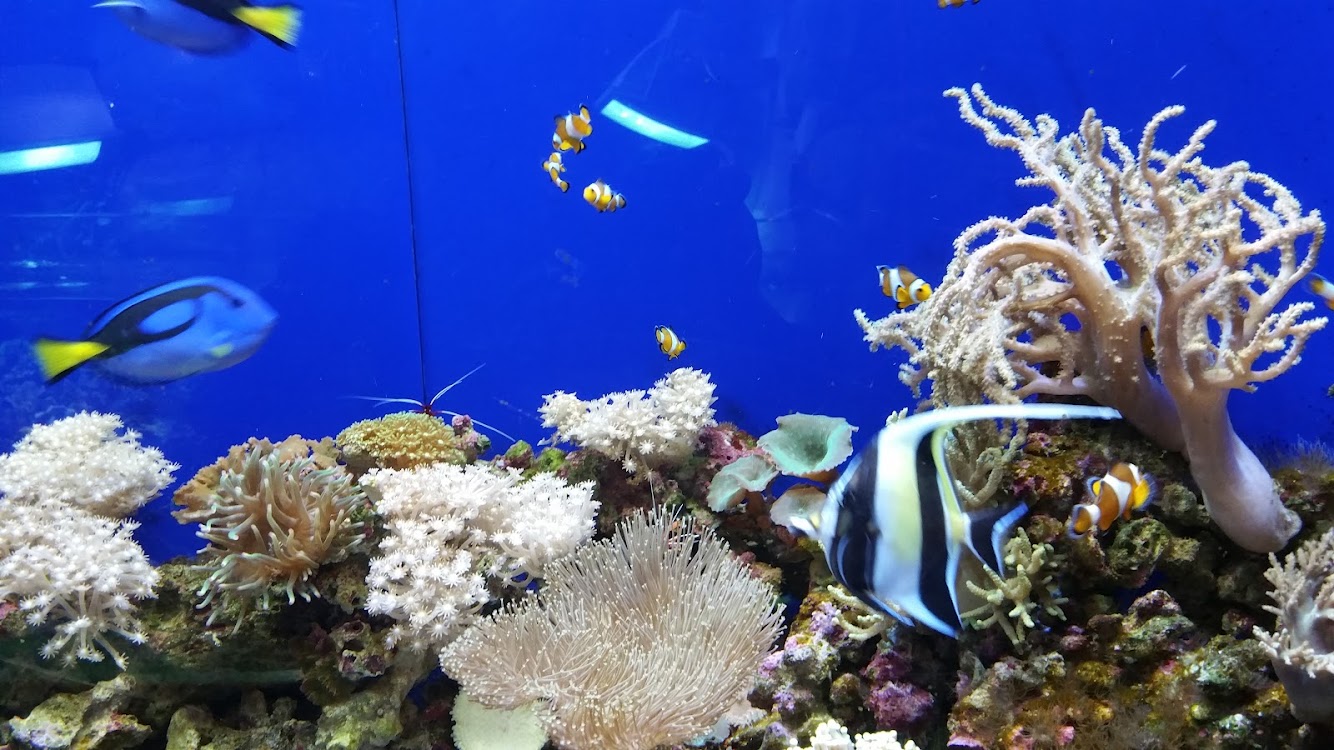 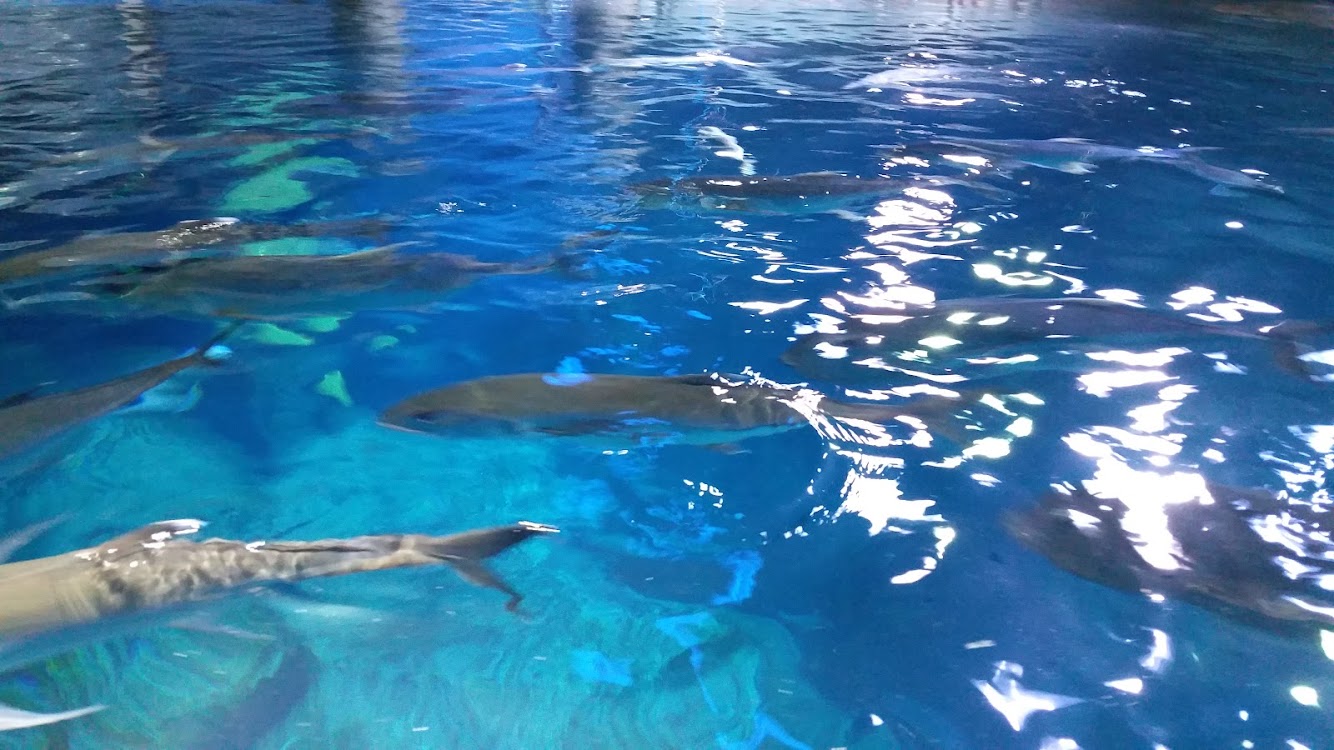 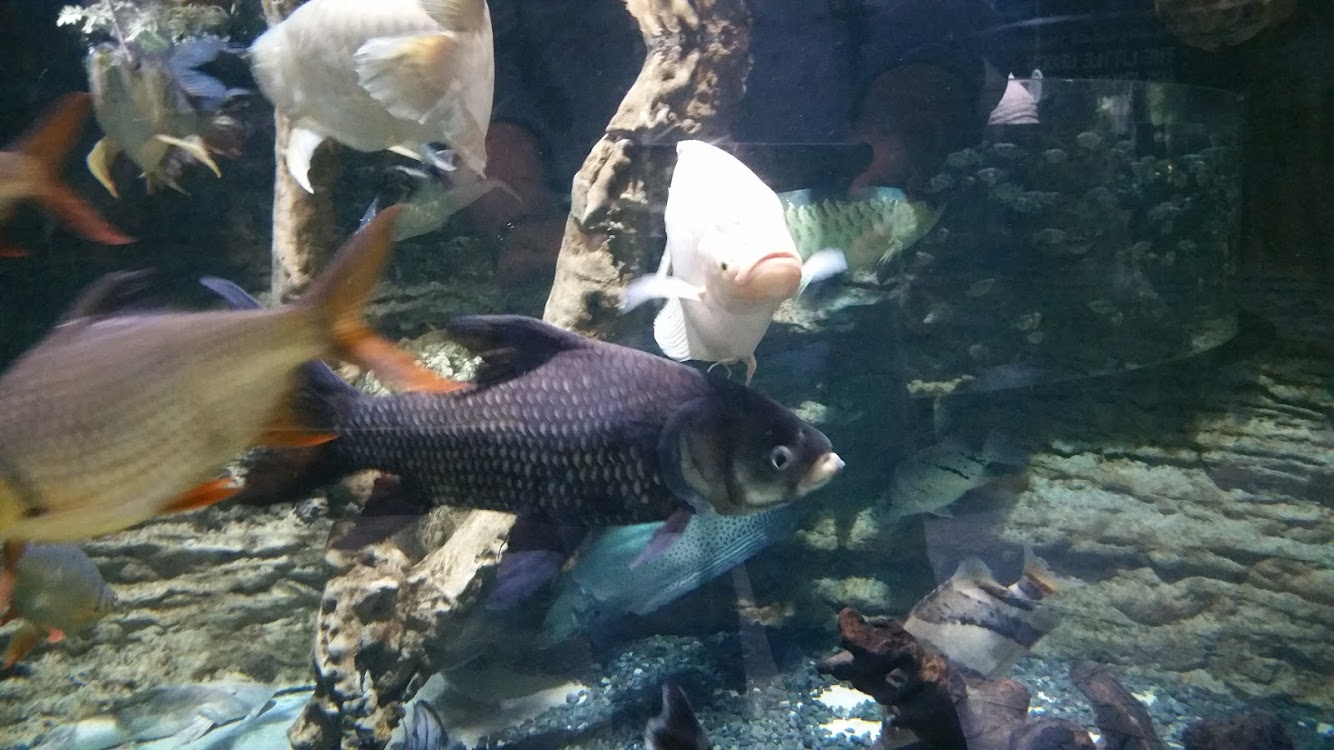 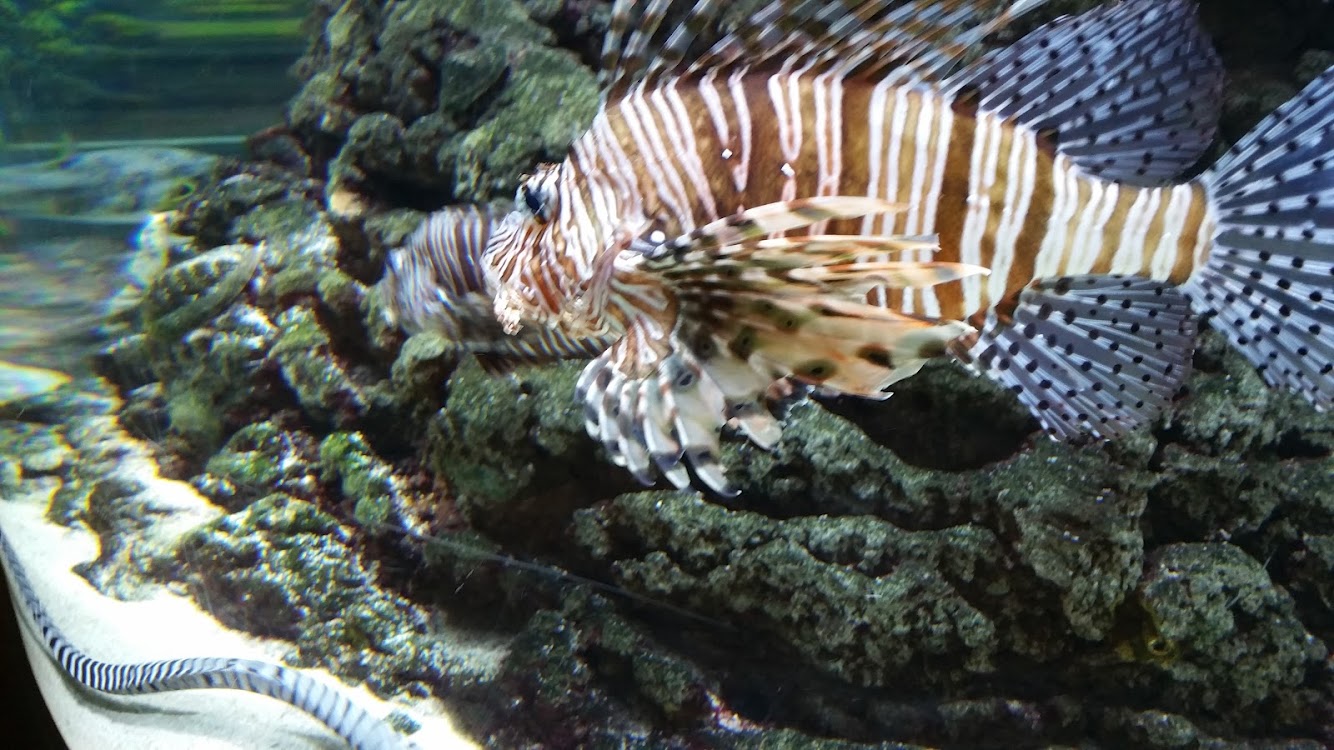 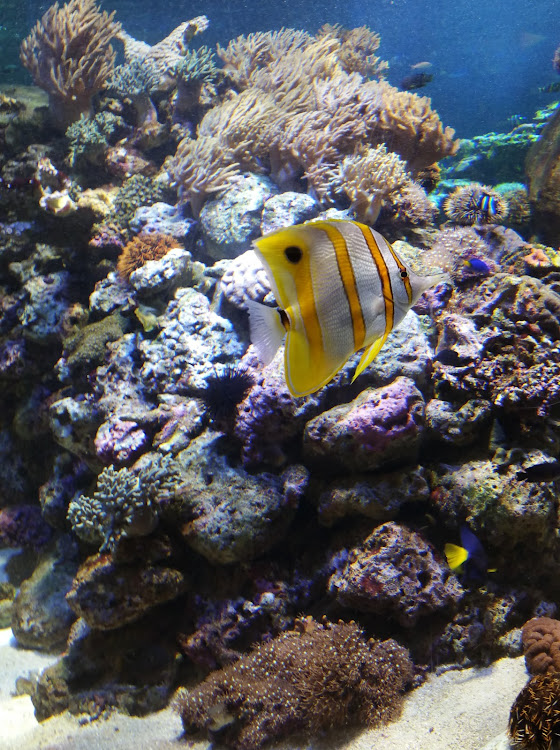 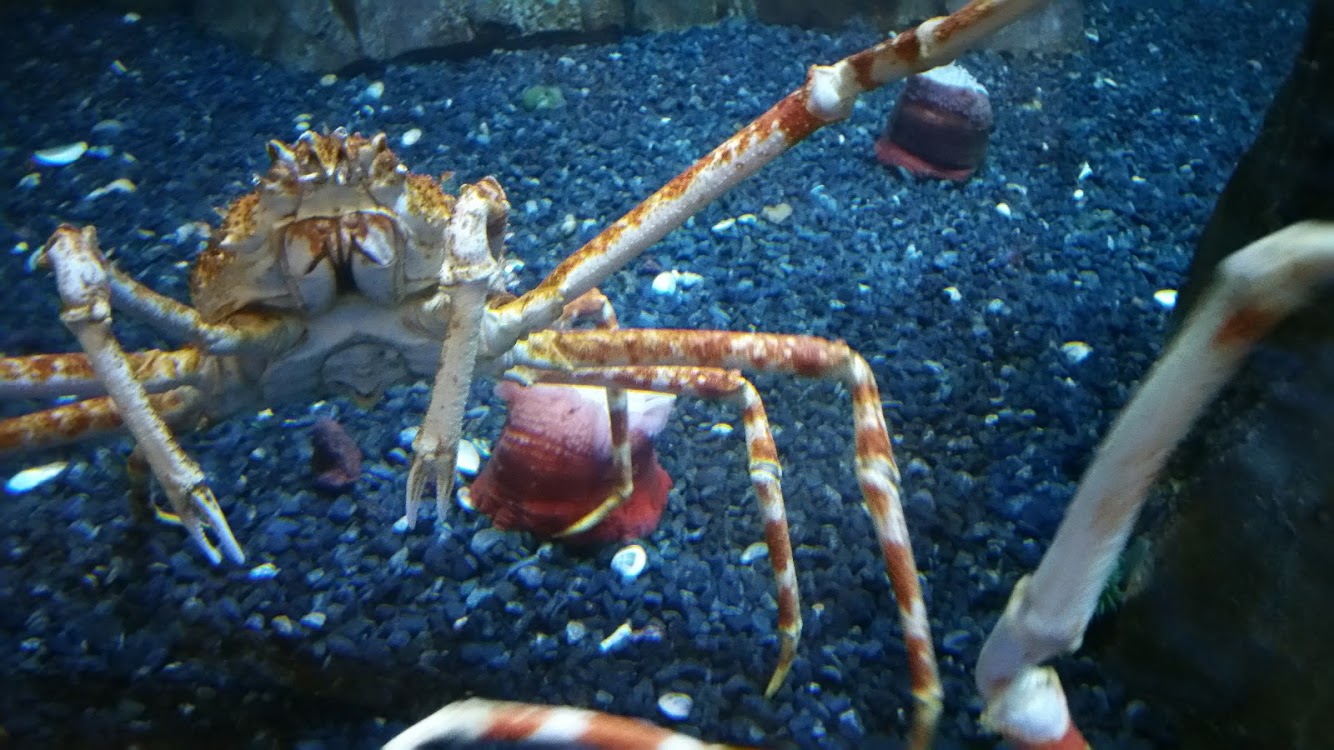 Everyone has to wear life jackets while going around on a glass-boat inside the underwater zoo. The glass-boats enable the passengers to see the marine life deep below. They’ve an incredible collection of aquatic life. 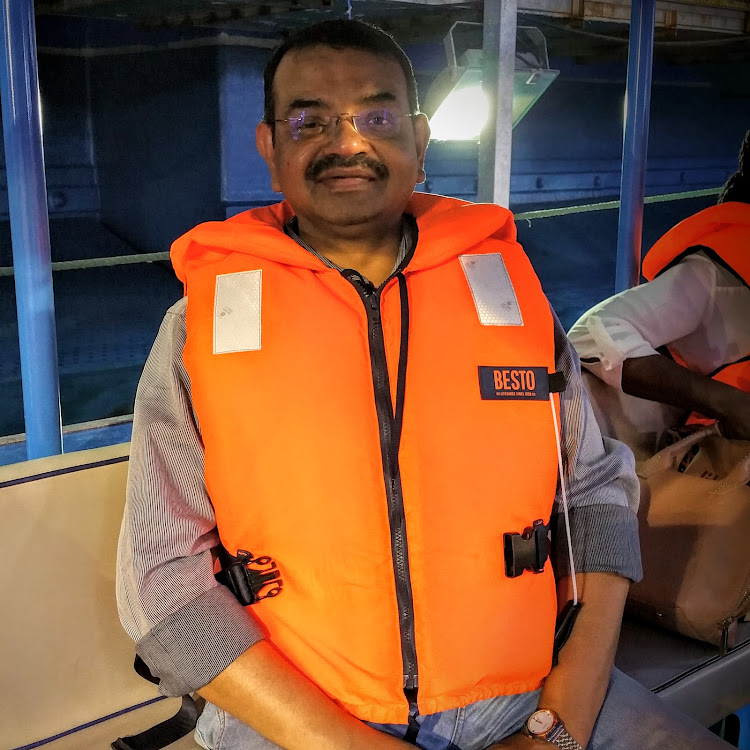 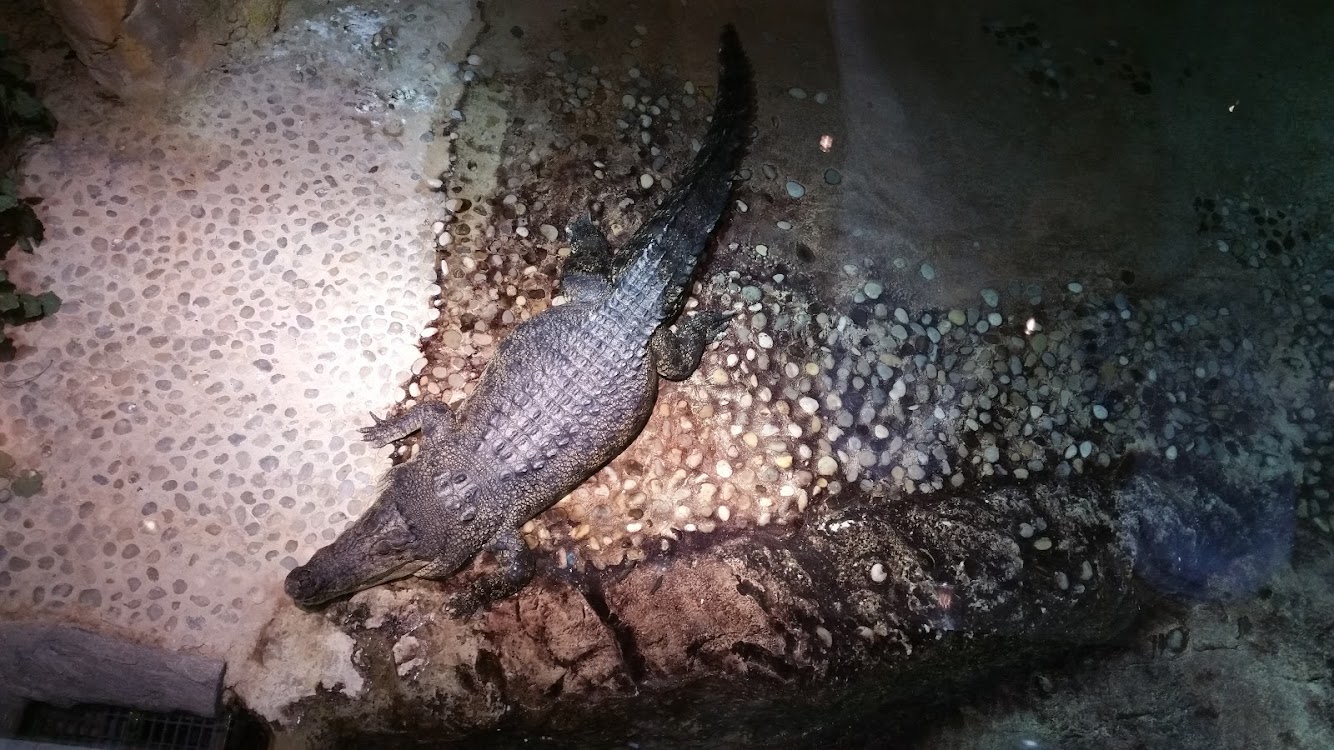 Then I moved out of the mall to see the sun set behind Burj Khalifa. It is the tallest man-made structure in the world, standing at 830 m.

People are standing there taking pictures of Burj Khalifa and also were waiting for the dancing fountain to start after the sun sets. The Dubai Fountain is the world’s largest choreographed fountain system set on the manmade Burj Khalifa Lake. It shoots water up to 500 ft into the air. The fountain is animated with performances set to light and music.

It was around 7 pm and so food will be served in another 15 minutes. I was feeling very hungry as I walked a lot. So, I entered in a restaurant — Sammach. Sammach is an Arabic word for fish. It’s a fish restaurant.

I had Hammour Sayadieh and lemon soda with mint after a cup of nice lentil soup and mezze to start with. Sayadieh is a popular dish from the Levantine coast on the Mediterranean sea. Rice is cooked with caramelised onion and fragrant spice and topped with baked fish and roasted pine nuts. It’s a great dining experience with the fountain dancing beside me.